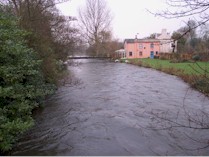 1. Who rode up Stockbridge High St. at 7.15 AM in the morning in the direction of the Test bridge, in a tradesbike, being happy and singing?

5. Where were the remains of the racehorse "Hermit" buried?

8. To whom was Vera Noyce married?

9. For whom did Orlando Stevens work, after the war?

10. Who was Steve Donoghue's Chauffeur? Where did Steve live in Stockbridge?

11. Whose grandfather was born at Pyrrhus Cottage?

12. Who was the first Commandant of the Stockbridge LDV force in 1940?

13. Where were German Parachute troops supposed to have landed in june 1940?

14. Where did German bombs drop in and around Stockbridge during the War?

15. Name the man who stayed at "Carberry" during the War, who worked for Supermarine at Southampton, and had done so before the War too, and had been a colleague and friend of Mitchell the designer of the Spitfire?

16. Who were Atty's principal Jockeys?
Who were his Owners?
Who was his Assistant Trainer?
Who drove the Horsebox?
Name his most famous, and his well known Winners?
Where did Atty go to Train, and live, when he left Stockbridge?
Who bought Chattis Hill from Atty in '45 or '46?

17. Who rode for Charlie Easterbee? Name his Head Lad. Who were his Owners? Name his most well known Winners.

18. Who looked after Mr Winn at the beginning of Marsh Court Road.

20. Name two Chemists who practised and had a shop in Stockbridge High Street before the War?

22. Name a Stockbridge man who was often a Winner on a Red Indian Bike.

23. Who lived at the Farmhouse and had a Farm at Houghton Down between the Wars?

24. Whose Mother [and Father?] was [were] killed in a road accident being pushed the hill nearby Houghton Down Farmhouse one dark Sunday evening in the early 30's?

25. Where did Alf Herdsfield stable the horses which he trained for the South African millionaire Mr Challoner before the 1914-'18 War?

26. Where did Alf Exercise and Train these horses?

29. Who drove Cooper's buses between the wars?

31. Name two of the King Alfred Bus Drivers Stockbridge-Winchester before/during the War? Can you name any of the Conductors/tresses?

34. For whom was Bert Penney Gardener after the War?

35. Name the Gardeners at Little Dean House before the War?

37. Who bowled Fast for Longstock before the War?

39. Who was Linesman for Stockbridge before the War? After the War?

40. Who signed to play Football for Birmingham, but broke his leg before he could begin? Who also played for the Robins and signed to play for a league team [Aldershot]?

My Answers to Quiz Nr. 2. on Stockbridge
By Tony Parker

6. On the tail of the "White Horse" on Woolbury Ring at midnight-at full moon? ... on Midsummer’s Night? ... - I heard this from Janet [Peter] Hale. I remember also hearing the same story concerning the 'Chinaman's Hump" 'down' Marshcourt Road.

8. Johnny Greaves, who was unfortunately killed in the bombing of Wallop airfield when a Hangar door was blown off and fell on him. May he R.I.P. He was a First Class Billiard's Player.

12. It was Lester Piggott's Father.

15. Henry Holmes. He used to walk his little white terrier up and down the High Street in the evenings, He always smoked cigarettes. He lived at Carberry with his mother.

25. In stables behind the old "Queen's Head" in London Road.

26. On the Downs. and on the land where Leckford Golf Course now stands. --The Folly--

28. Mossy was known as the "Kings Somborne Stationmaster" because of his Bowler Hat. Mossy lived in one of Cyril Smith's barns where the old threshing Tackle was stored.

32. Barker-Mills: In a large house standing on the hill above the entrance to Longstock. Murley-Gotto: lived first at Atner's Towers. Later in a converted Cottage along the Longstock road. Murley's Market Gardener was Sam Pratt.

33. The Hebblethwaite family. Mr and Mrs ?? [Mr. was a Solicitor. Mrs was a Magistrate] Mrs Hervey-Bathurst lived at Hermit Lodge after the War.

34. At the White House for Mr and Mrs Woods. 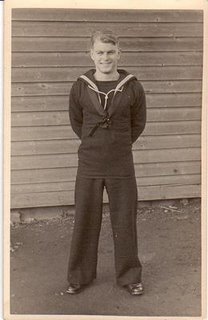